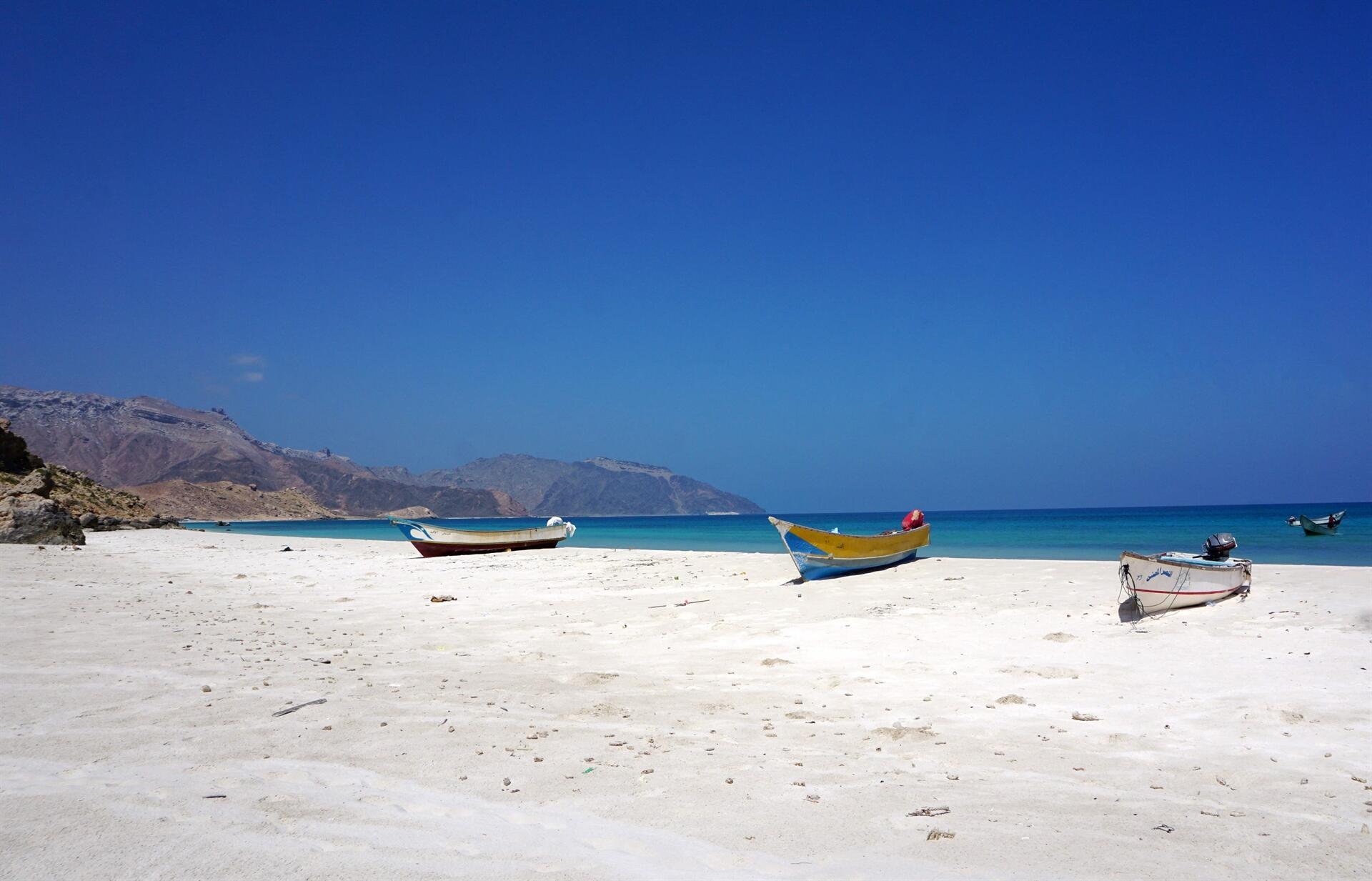 Only goats seeking shade now use the long-abandoned lines of Soviet-era T-34 tanks, but the rusting relics point to the strategic value that Yemen’s Socotra islands hold for foreign powers.

The archipelago’s remote location helped it forge its astonishing nature millennia ago – a third of the main island’s plants are unique, from bulbous bottle and cucumber trees to alien aloes.

But the 130-kilometer (80-mile) long island – the biggest in the Middle East region – also oversees busy global shipping lanes at the crossroads between Africa and the Arabian Peninsula.

With mainland Yemen wracked by civil war, Socotra is under the rule of the separatist Southern Transitional Council (STC), part of an UN-recognized unity government, but who want an independent South Yemen.

But it is the United Arab Emirates (UAE) that is in de facto control.

It bankrolls salaries and major infrastructure projects, ranging from schools and hospitals to communication systems and docks.

It is not only oil tankers that must pass Socotra from the Gulf to the Red Sea and the Suez Canal.

The island also lies on seaways from Pakistan’s Gwadar port – a stepping stone on China’s trillion-dollar Belt and Road infrastructure initiative giving Beijing access to the Arabian Sea – to Djibouti and into east Africa.

Sea routes are key for shipping hub Dubai, one of the UAE’s emirates, where the logistics industry makes up more than 14 percent of GDP, according to official statistics.

While the UAE’s footprint is increasingly clear, its exact intentions are opaque, and the government did not respond to AFP questions about its role.

But beyond its strategic value, Socotra is also surrounded by rich fishing waters, where trawlers – long deterred by the deadly pirates from nearby Somalia – are now operating.

And, while nearly three-quarters of the island has environmental protection, there are vast white beaches unscrupulous tourist developers would die for.

For centuries, Socotra was known by traders as a source of frankincense – some islanders suggest its name comes from the Arabic for “market of resin” – but the island was cut off during monsoon months by rough seas.

It was an isolation that gave rise to legends. In the thirteenth century, Italian traveller Marco Polo described Socotra as a feared pirate base, and its inhabitants as “the best enchanters in the world”.

Last century it was first a British colonial outpost, then a Soviet base.

But for decades, few others visited.

When British historian Tim Mackintosh-Smith visited in the 1990s, sailing from the mainland on a two-day journey, “not a lot had really changed for eons”, he said.

He recorded the Socotri language, with its roots in ancient south Arabia.

While Socotra is some 350 kilometers (215 miles) south of Yemen’s coast, it lies closer to Africa; it is just 230 kilometers from Somalia.

“It was an ark of a very ancient human existence from the South Arabian mainland a couple of thousand years ago,” Mackintosh-Smith told AFP.

When he pulled out a disposable lighter to smoke a pipe, it sparked “astonishment” among islanders.

The island is “a symbiosis of an extraordinary biodiversity with cultural and linguistic diversity,” he said.

“We sailed around under enormous cliffs plunging to the sea… staying in stone houses with roofs made of tree branches and beams of ancient wrecks,” he said. “To our eyes it seemed absolute pristine.”

Islanders say things changed rapidly when an airport opened from 2003.

Today, plastic water bottles and bags clog up creeks near villages, and steady streams of tourists arrive on a weekly two-hour flight from Abu…