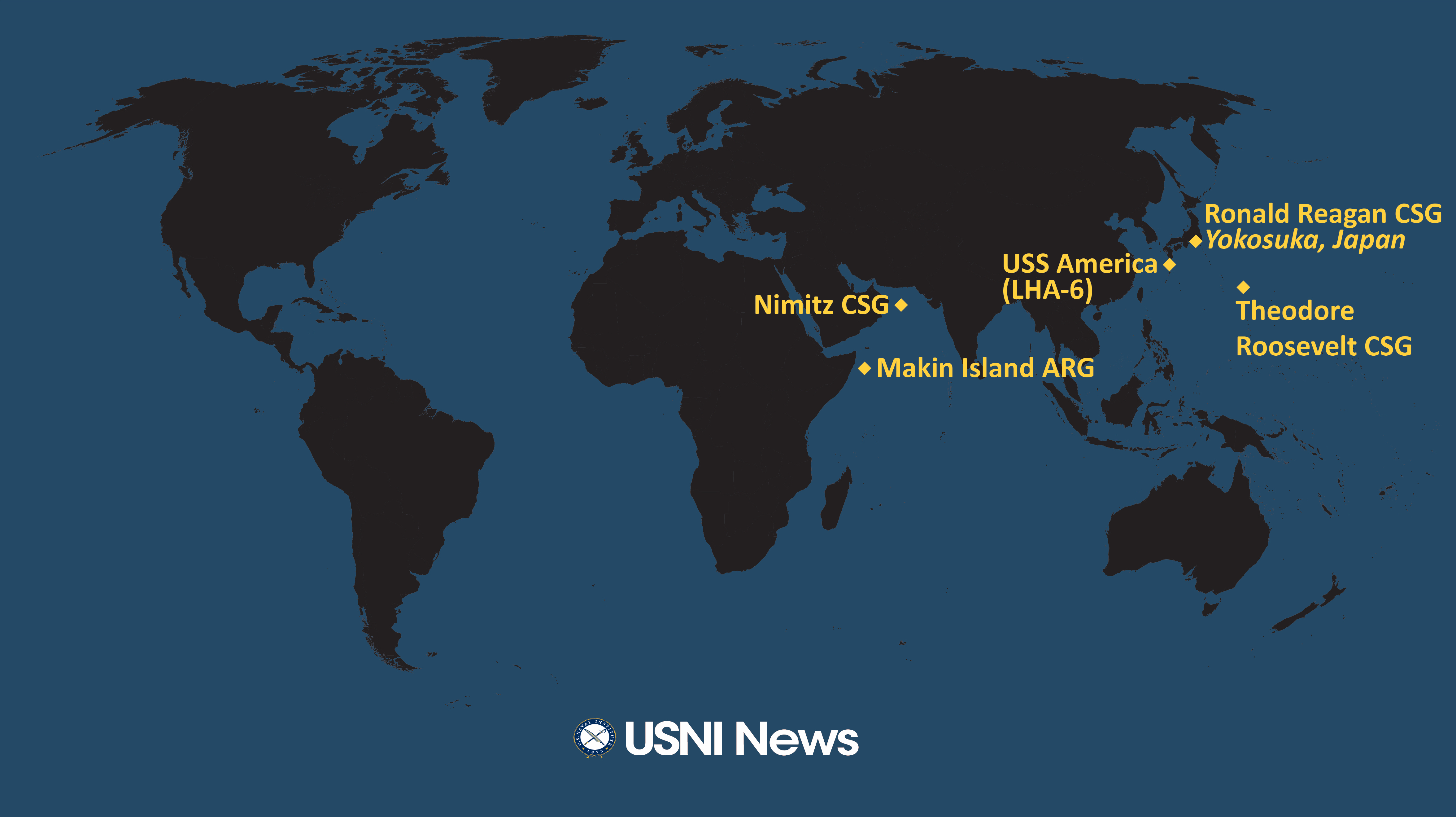 These are the approximate positions of the U.S. Navy’s deployed carrier strike groups and amphibious ready groups throughout the world as of Jan. 11, 2021, based on Navy and public data. In cases where a CSG or ARG is conducting disaggregated operations, the chart reflects the location of the capital ship. 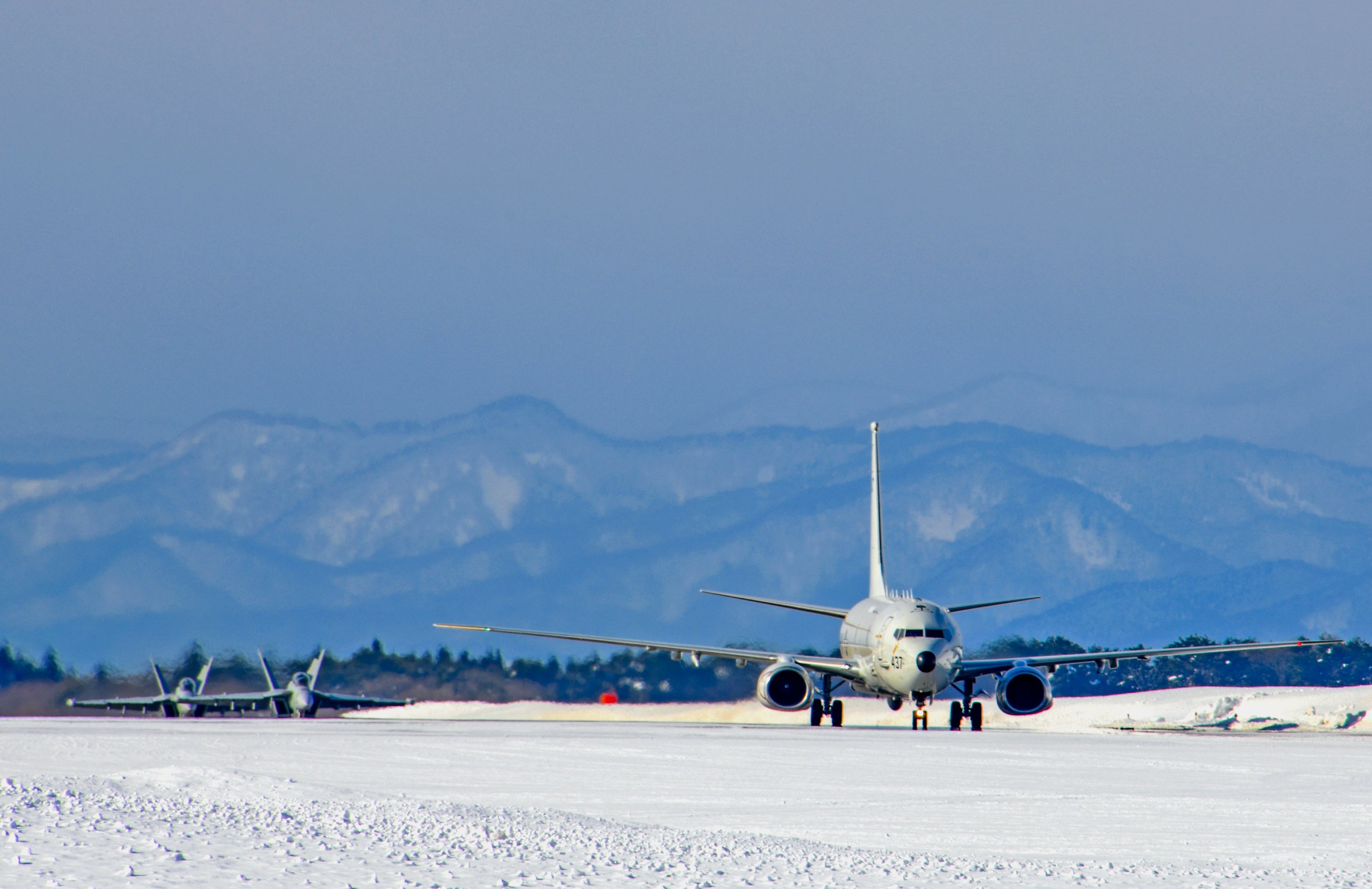 USS Ronald Reagan (CVN-76) is in port in Yokosuka, Japan.

Reagan, which is the service’s forward-deployed carrier, pulled into its homeport of Yokosuka on Nov. 14. Japan-based U.S. carriers typically make two shorter patrols every year, with a winter maintenance period in Yokosuka.

In the Western Pacific 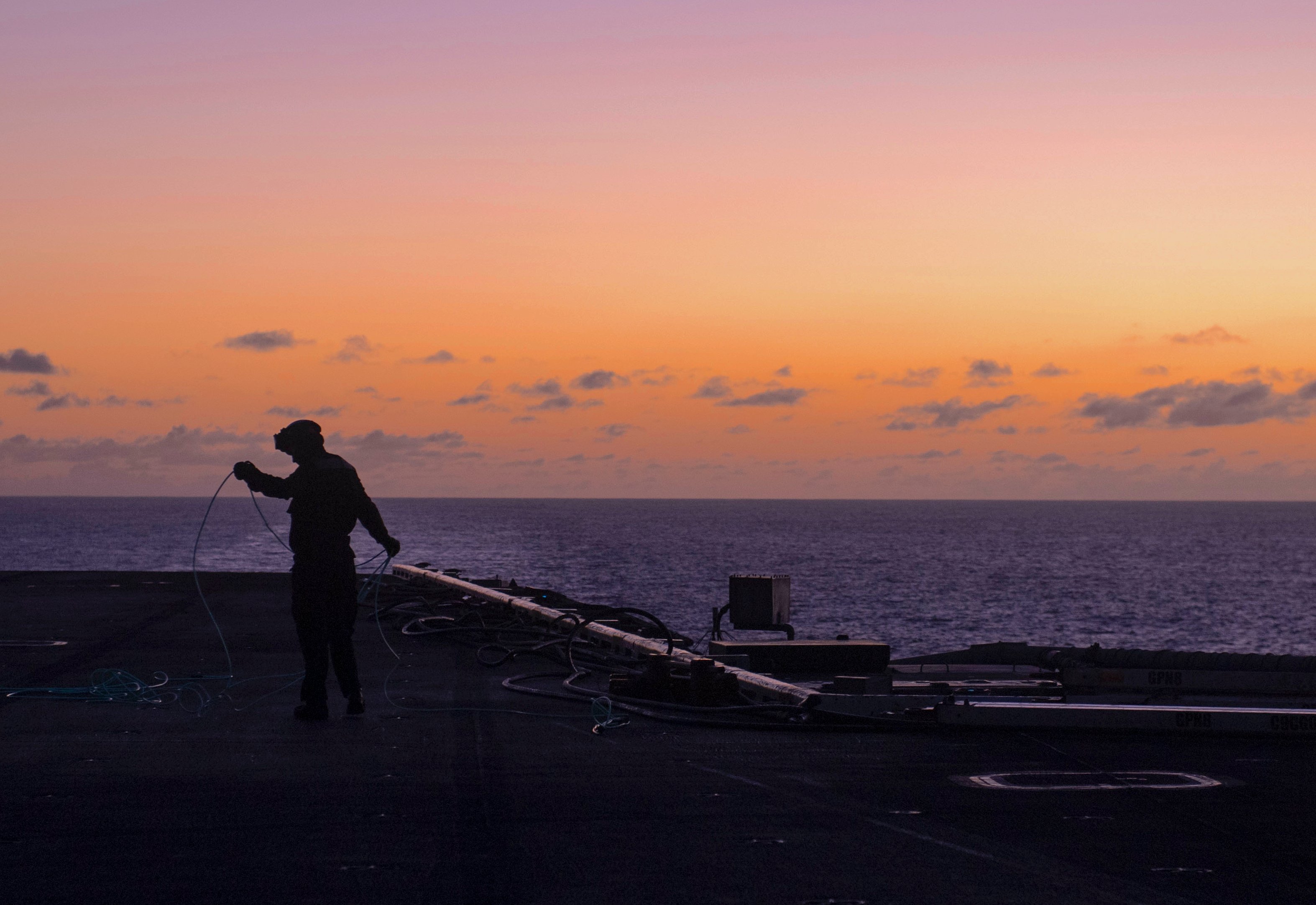 Airman Brandon Cochran, from Dallas, Ga., unravels a hose on the flight deck of the aircraft carrier USS Theodore Roosevelt (CVN-71) on Jan. 8, 2021. US Navy Photo

The Theodore Roosevelt Carrier Strike Group (CSG) is now in the U.S. 7th Fleet area of responsibility, operating in the Western Pacific. 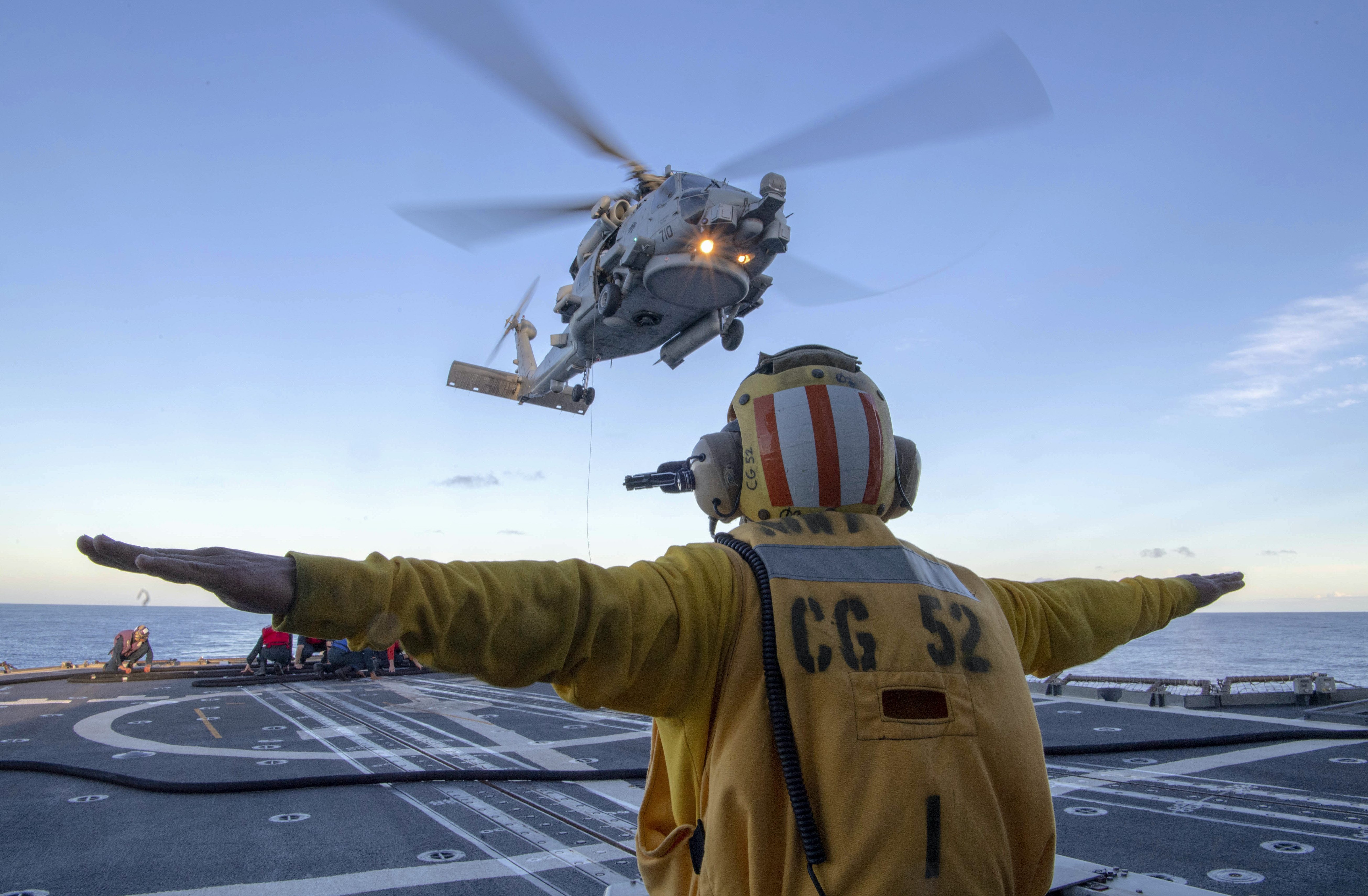 Carrier Air Wing (CVW) 11, based at Naval Air Station Lemoore, Calif., is embarked aboard Theodore Roosevelt and includes a total of nine squadrons and detachments: 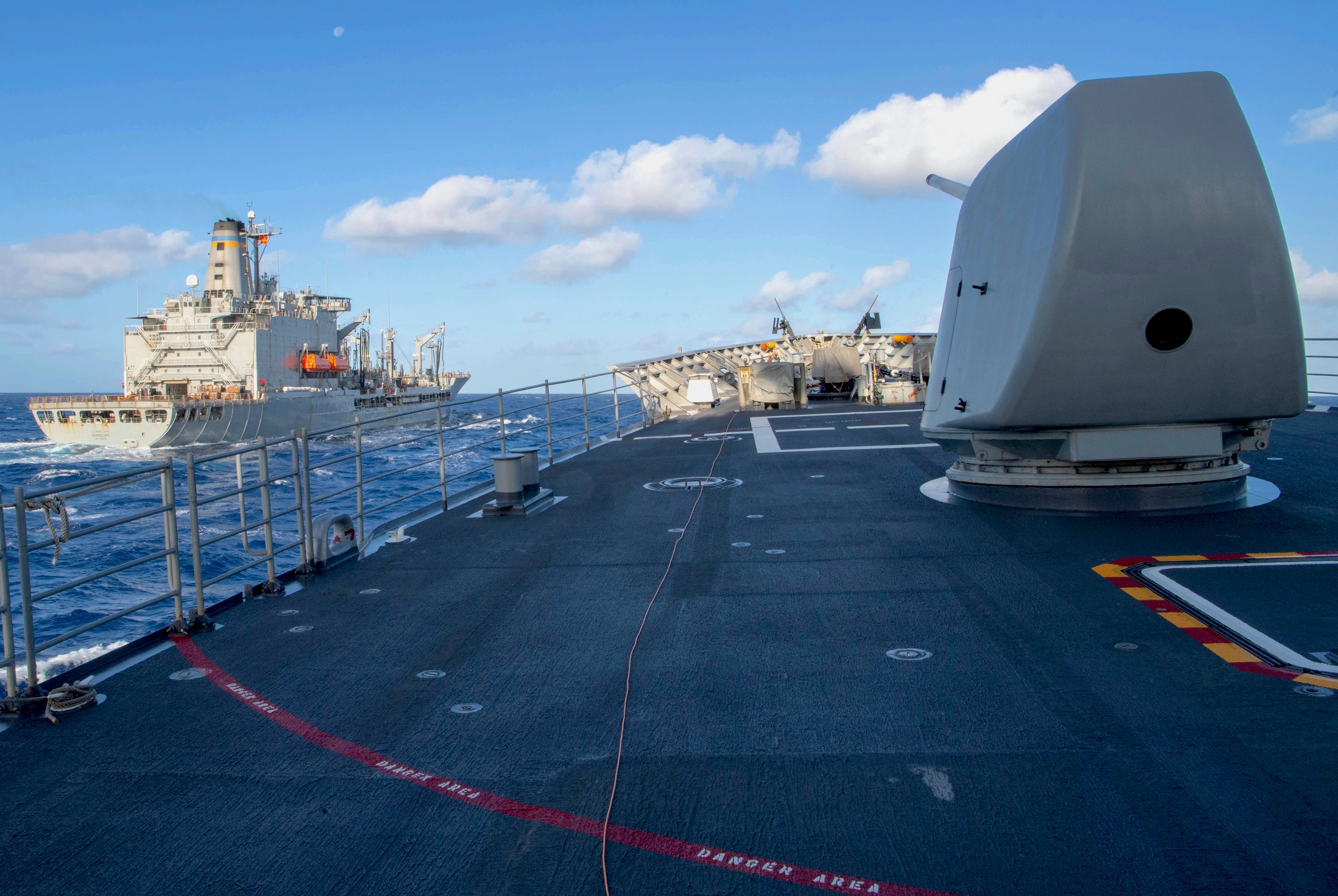 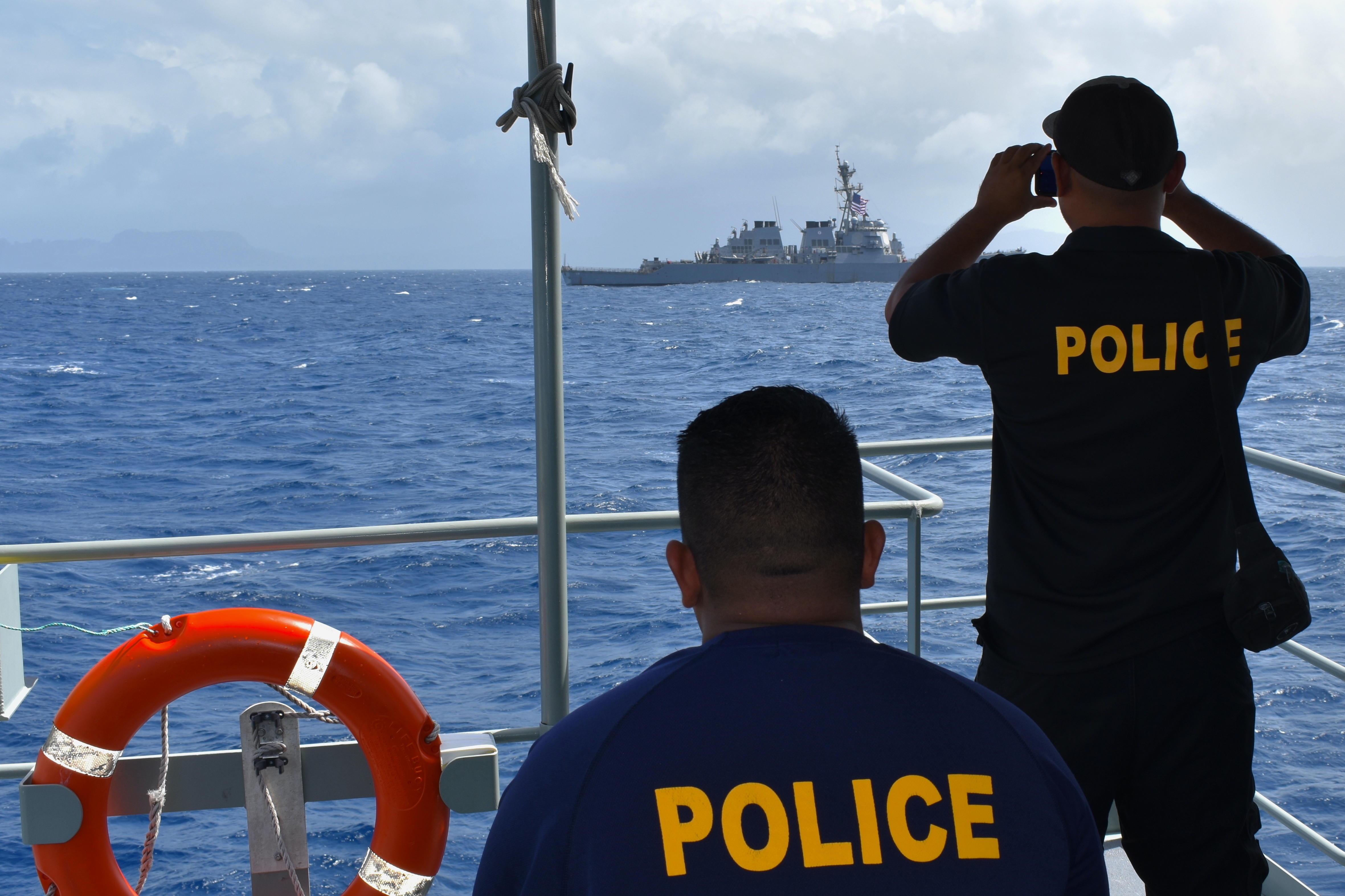 Destroyer Squadron 23 is based in San Diego and is embarked on the carrier.