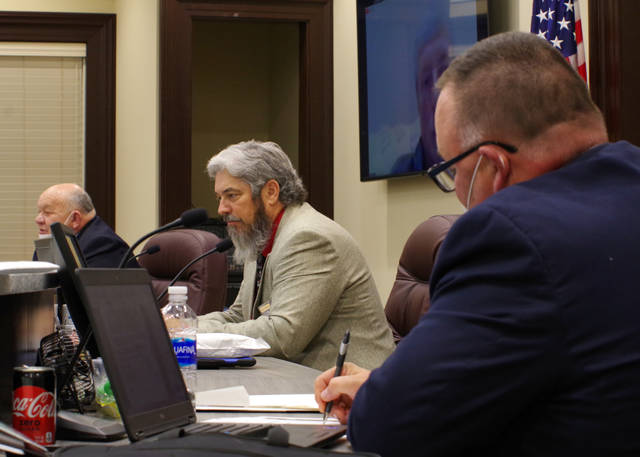 PILOT MOUNTAIN — The Armfield Civic and Recreation Center will be receiving some tax money to help supplement an impressive fundraising campaign over the past few months.

In early November, members of the Armfield Board of Directors appeared before the Surry County Board of Commissioners seeking help to replace the dehumidifier system that keeps the air in the pool room comfortably breathable.

After hearing all the details of the problem and the repair plan, the county board said that it would follow its typical pattern of considering the issue for a month and give county citizens a chance to reach out to the commissioners.

This week both county and Pilot Mountain officials met on the same day, and the center came up on both agendas.

Harry Wilson, president of Armfield board of directors, told the county last month that the project estimate for the pool room is $264,000. With a typical 10% contingency fund set aside, that would require about $290,000 for the work.

By the meeting a month ago, fundraisers announced that they already had raised $141,000 on their own, barely enough to cover the one-half down payment required to get the equipment ordered at the start of January.

Armfield officials said they had a goal of $300,000 to raise. That would cover the cost of the job, and any money left over after the project and contingencies were paid off could go into the reserves, which have been nearly depleted because of the COVID-19 closure earlier this year.

“My recommendation to the board would be to do the same amount of money for this project as we did for the playground. I think we can afford it,” Boaz said. “The civic center as a whole is very important to us. It provides recreation services that we don’t provide as a town.”

Mayor Evan Cockerham asked how the town’s income was faring so far this fiscal year.

For the two new board members, Commissioners Dwight Atkins and Rachel Collins, Boaz pointed out that the annual budget was figuring on a 14% reduction in sales tax revenues because of uncertainty related to COVID-19.

However, in the past few months the town has seen that sales tax collections have been good (for July to September, the only months available so far), so Pilot really hasn’t fallen off.

“The end of November, the year over year was about even. It was up maybe $50,” Boaz told the board.

That’s not the town’s only source of revenue, Cockerham pointed out for the public’s benefit. ABC store sales have been up all year, so the town is ahead of its budget right now.

The mayor said he knows the civic center directors would like to have some kind of numbers they can count on in budgeting. He said he would be agreeable to either giving the center the full $20,000 now or splitting it up to $10,000 now and another $10,000 at a later date.

Commissioner Donna Kiger asked how much the center’s board budgets itself each year for capital improvement projects like this.

Commissioner Dwight Atkins said, “I don’t know that they budget towards those types of capital needs. I know they budget for the person who does regular maintenance. But as far as towards the pool and other big items, I’m pretty sure there has not been budgeting that way.”

Kiger referenced a story in The Mount Airy News where civic center officials said the dehumidifier system was rated for 10 years, but they have been able to stretch it out for 18 years of life.

She said that’s great that the center got that extra life, but didn’t they budget for a replacement during this borrowed time?