Researchers have linked the disappearance of seagrass in Florida (thought to be behind this winter’s explosion of manatee deaths in the Indian River Lagoon) to a decades-long decline in water quality. But those working to restore the estuary in Volusia County hope living shorelines can help reverse the trend.

“We want to be at the cutting edge of what’s going on in shoreline restoration,” said Greg Wilson, chief scientific officer for the Edgewater-based Riverside Conservancy.

Living shorelines are designed to replicate the natural layout of an estuary, before homes were built and seawalls routinely installed. Walking from the backyard to the Indian River Lagoon, homeowners would first encounter a row of mangroves, then an intertidal zone where clams are submerged, and an oyster reef beyond that breaks the wave action.

It all pays off, according to the National Oceanic and Atmospheric Administration — improving water quality, limiting erosion, protecting against flooding, providing increased habitat for fisheries, sequestering carbon and supporting biodiversity.

“What the homeowner I think will notice more than anything is a return of fish to the area,” said Kelli McGee, the conservancy’s executive director.

Riverside Conservancy is trying to make it easy for homeowners with waterfront property to do their part, tapping into a St. Johns River Water Management District grant to restore a quarter mile of shoreline on the Indian River Lagoon this year.

The conservation easement would then be monitored (at no cost to homeowners) by the conservancy, meaning they’d replant mangroves that don’t survive and check up to make sure oysters and barnacles are settling in the area.

“It’s really difficult right now to do the right thing. With seawalls, you hire a contractor and you pay a lot of money,” McGee said. “We want to create models for shoreline restoration that improve habitat, improve our fisheries, then let local businesses grow to supplying these things, she said. We want to make conservation profitable.”

One of the keys to it all is a species more than 200 million years old: oysters.

Oysters are filter feeders, extracting nutrients like nitrogen and phosphorous from the water. One adult oyster can filter up to 50 gallons of water per day, according to NOAA.

When oysters reproduce twice a year, their offspring are flung into the water column, and chemical signals guide the larvae to the surfaces to which they’ll attach and spend the rest of their lives growing on. Oyster beds can form on wooden pilings or submerged rocks, but oyster shells are what they seem to prefer.

“Those babies seek out calcium carbonate, which is what their shells are made of,” McGee explained.

The conservancy gets oyster shells embedded in concrete modules from the University of Florida’s Whitney Laboratory for Marine Bioscience.

“We have seen between 30 and 100 oysters recruit on each one,” McGee said.

The modules aren’t the only tool in the conservancy’s arsenal.

Thursday, two “micro reefs” were deployed on docks at the Riverside Conservancy building in Edgewater and the Marine Discovery Center in New Smyrna Beach. The artificial reefs, produced by a Micanopy company, attach to docks and attract filter feeders and other marine life.

The aim is to “nail it, then scale it,” according to McGee. 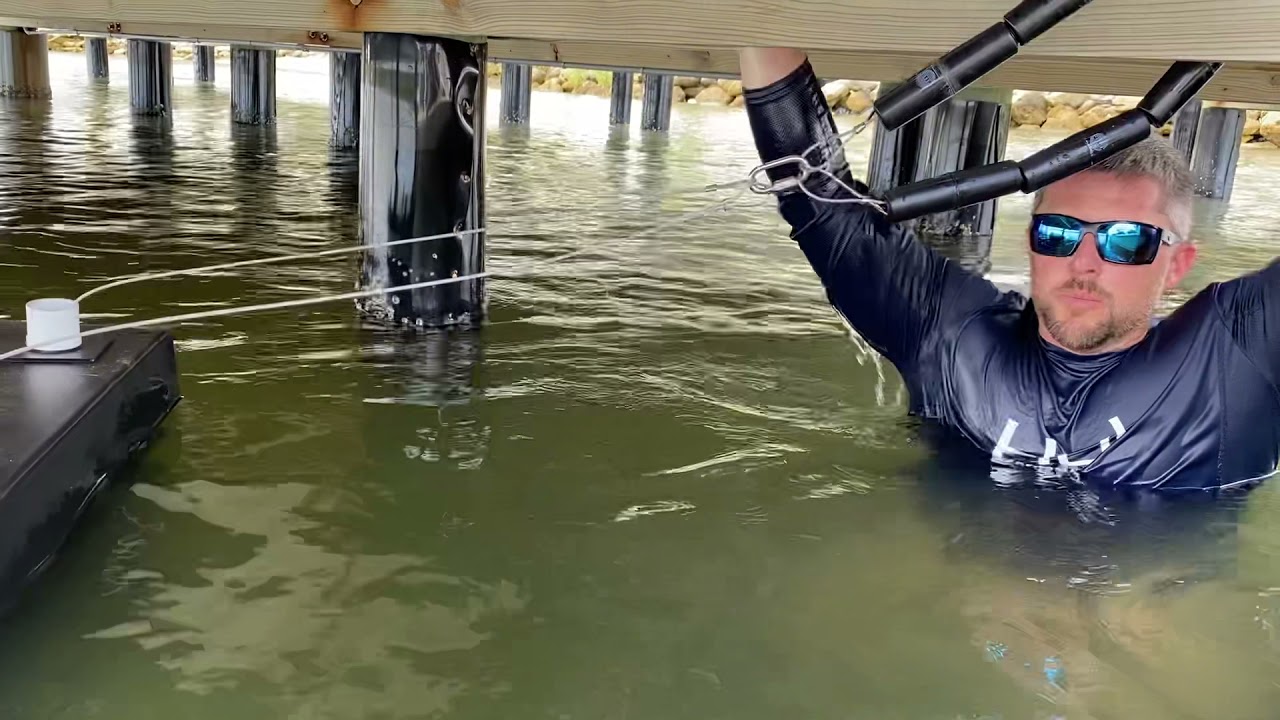 Volusia County Councilman Danny Robins has spent his entire life on the water fishing, and now that he’s in office, he hopes to make improving water…