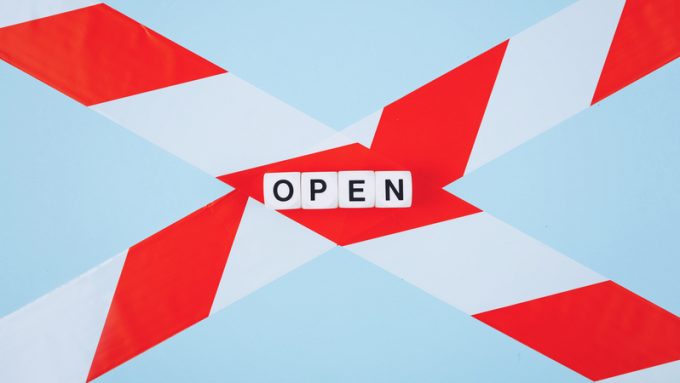 Retailers are struggling to cope with the impact of the pandemic on their business – woes mirrored in their supply chains, which show serious deficiencies on multiple fronts.

But the overall pressure they are under affects their ability to overcome these challenges.

In a study published recently by LogiSource in partnership with Coresight Research, 88% of retail executives surveyed reported that the Covid-19 pandemic had at least a moderately negative impact on their profitability.

Half of the respondents said the impact was very strong.

The repercussions on balance sheets have been worrying: 51% described their situation as “moderately critical”, while 11% were concerned that they might not survive unless broad trends changed direction.

With margins under pressure from the shift from in-store to online sales, plus relentlessly rising shipping costs, retailers have tried to shift delivery to other channels, like lockers or kerbside pick-up.

By last August, the number of retailers offering free shipping had fallen 12.5%, year on year, according to a study of 500 leading retailers conducted by Gartner.

And managing inventory through the peak season was challenging. According to a report in early December, by Advanced Supply Chain Group (ASCG), 66% experienced delays in stock deliveries and 63% reported problems with availability.

The report revealed that the pandemic had forced 82% of respondents to change their stock management practices, and 40% invested in improvements to their inventory management accuracy.

Some of the problems were down to planning issues. The swings in demand and product availability made planning an awkward juggling act for everybody, but many players were handicapped by limited planning capabilities, as Reuters Events showed in a report on the sector’s supply chain planning, based on input from 394 supply chain executives.

For some, their grasp of the supply chain was hampered by insufficient end-to-end visibility, where 18% of the respondents reported challenges. Overall, visibility was best in the warehouse, as opposed to inventory in transit, or in stores, but even in the warehouse, less than two-thirds (62%) had full visibility.

Inadequate planning tools, such as outdated legacy systems and traditional supply chain practices, emerged as another major shortcoming for a number of retailers. As many as 28% had manual planning processes. The most used tool was Excel, for 22% of the respondents; while 20% were using warehouse management systems for their logistics planning, 16% had custom-built tools and 15% used transport management systems.

The Reuters Events study identified several aspects affecting planning capability, from lack of integration with other systems and an inability to consolidate loads through a centralised platform, to absence of performance-measuring of inventory planning.

One-third of respondents experienced significant gaps between planning and execution, and 17% found that, in execution, their plan was not feasible.

Hamstrung by these shortcomings and cost pressure, many retailers have struggled with customer expectations and cost control, which have emerged as key challenges in the sector, according to Reuters’ authors.

They found that the overall state of retailers’ supply chain planning systems remains ‘inadequate’, but they did improve last year over 2019.

But for companies that are struggling to stay afloat, this is of little comfort.