May 27, 2021 — A coral reef is kind of like Manhattan, a huge number of mouths to feed in a packed parcel of real estate. A reef doesn’t have upstate farms to keep them all fed. So how do they get by? 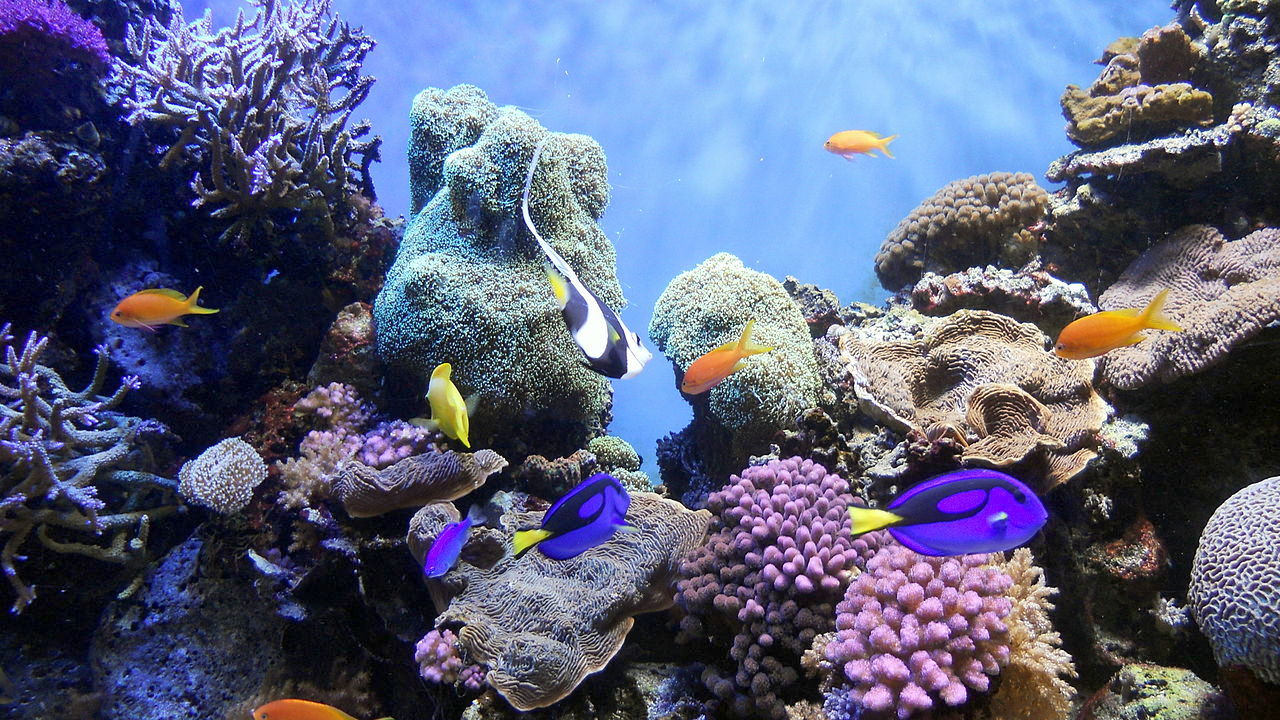 As Dr. Curt Stager tells Martha Foley, the coral polyps get some of its nutrition from algae “gardens” embedded in their tissues in the day and some from capturing plankton in the night. The reef food chain also is very efficient at recycling. Everything is eating something else, but it all stays on the reef. And the reef may also “import” some food from the far away through seabirds that deposit their guano on reef islands.

Curt Stager: Sort of counterintuitive, right? You think, coral reef, it’s so beautiful and colorful. How did I see all those colors? It’s because the water is so clear.

CS: So what are they eating? Don’t you think the water out to be cloudy with some kind of food that’s feeding this. And it’s like a Manhattan urban center of all these species of coral, and then the fish among the corals. And then the other kinds of creatures that are in there. It’s like looking at Manhattan and saying where’s all the food coming from? To feed Manhattan and there’s this desert, where are all the farms? I don’t get it. So there are a few things that happen. One is the corals themselves actually do get nutrition. And one of the ways is in the body of the coral there are embedded little specks of algae.

MF: The little gardens for each…

CS: Like a little algae garden. So the branching corals have sort of jelly like polyps on them and in the tissues of the polyps will often have a brownish or a greenish color from the algae living in there. And they’re like plants, it’s like a garden. And so they’ll trap sunlight and get gases, carbon, from the water. And so they can sort of feed the coral during the day a little bit. And then at night sometimes there actually is stuff in the water, it’s just the little plankton animals are hiding. And so when they come out at night the coral polyps have tentacles, and they can sting them and capture them and eat them that way too. But that’s only part of the story. It’s not enough to explain everything. Another factor is there’s a lot of recycling, really tight recycling in there. So things that live on the coral reef will eat the polyps, let’s say and then something else will eat them. And it goes around and around. And whatever nutrition was there stays on the reef. So one description of a coral reef in that way was a “wall of mouth.” It’s just eating, eating, recycling and keeping everything right there. So that’s one way it happens.

MF: So they’re somewhat self sufficient in that way. And all little creatures. any food sources from outside though?

CS: That’s harder to tell. But there was one really interesting study.

MF: I’m thinking of the Manhattan Island metaphor again. So a lot of food comes from way away.

CS: Way away. And now marine biologists are starting to figure some of that out. So there was a study done recently in the Indian Ocean with these beautiful coral islands. And it turned out what happens on the island can also affect the coral reef around it. And what happened in this case was rats got onto some of the islands. And you think well, what would that have to do with it? It’s because the rats eat the eggs and the young of nesting seabirds on the island. And it turned out the birds were actually one of those importation sources that was bringing food in from far away because the seabirds would go miles off shore, catch fish wherever the fish happened to be, and then come back to the island and then poop on the island. And bird guano is like a fertilizer.

Read More: Natural Selections: Where do coral reefs get their food supply?