In March, Ladue Pharmacy staff was largely fielding calls about hand-sanitizer. These days, all attention’s on the vaccine.

ST. LOUIS — When Missouri expands vaccine eligibility Monday to include residents 65 years and older, pregnant women, and people with other certain risk factors, the state will not have the vaccine supply for everyone who falls in those groups.

In March, Ladue Pharmacy staff was largely fielding calls about hand-sanitizer. These days, all attention’s on the vaccine.

“It started with our regular customers calling us and just asking us what was going to happen,” pharmacy owner Rick Williams said. “But with the recent media coverage, we’re getting calls from people all over.”

When Missouri recently released a map of vaccine providers, Williams’ two pharmacies were on the list despite the fact that they — like many others on the map — don’t have any vaccines yet.

Williams says they started the approval process a few months ago, had to get the correct equipment and do some training. But it’s still unclear when they’ll get vaccines.

Another approved vaccine site — the CVS in Bridgeton — has a handwritten sign on the front door that reads “COVID VACCINE IS NOT AVAILABLE — EXPECTING TO RECEIVE MID-FEBRUARY.”

“We are the medical center of Southern Illinois. We have more hospitals, more medical professionals here in St. Clair County than — I believe — about anywhere,” St. Clair County Board Chairman Mark Kern told viewers during a Sunday afternoon briefing about neighboring Monroe County’s moves into Phase 1B, signing up residents over 65 because they had extra supplies after vaccinating the county’s medical staff.

Kern said St. Clair County residents could try to get a shot in Monroe County while his district continued to vaccinate local healthcare workers.

“The federal government has sent the vaccine to Illinois to be used in Illinois. So these imaginary [county] boundaries really don’t apply,” Kern said.

Back in Ladue, Williams says he looks forward to the day that they can open their system for vaccine appointments.

“I’ve got the greatest team of people that can spin on a dime at any time,” he said. “It doesn’t matter what you throw at us, we’ll deal with it.”

RELATED: Here’s how you can get in line for the COVID-19 vaccine 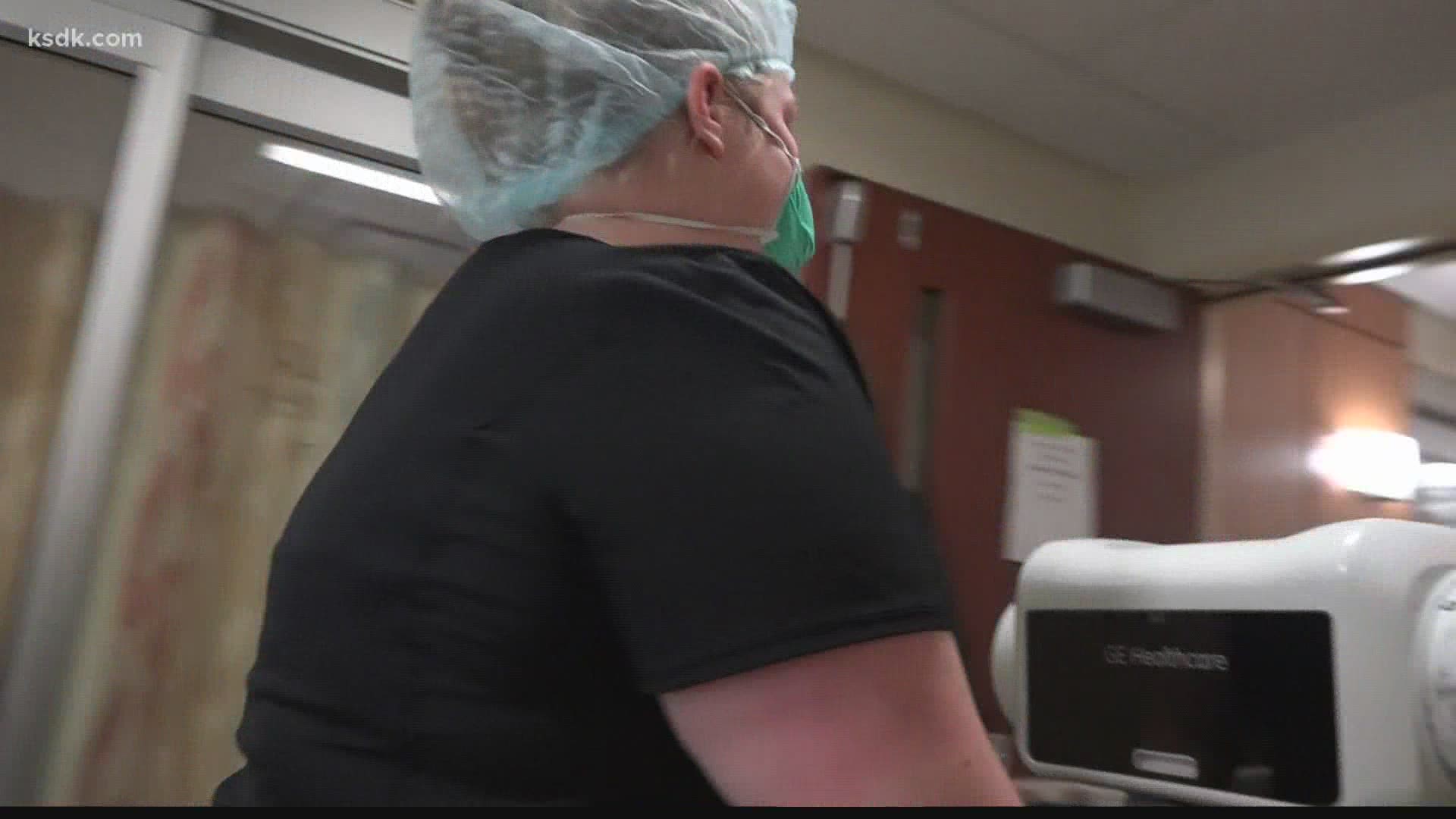