Global solar power developers are slowing down project installations because of a surge in costs for components, labor, and freight as the world economy bounces back from the coronavirus pandemic, according to industry executives and analysts interviewed by Reuters.

The situation suggests slower growth for the zero-emissions solar energy industry at a time world governments are trying to ramp up their efforts to fight climate change, and marks a reversal for the sector after a decade of falling costs.

It also reflects yet another industry shaken up by the supply chain bottlenecks that have developed in the recovery from the coronavirus health crisis, which has businesses from electronics manufacturers to home improvement retailers experiencing huge delays in shipping along with soaring costs.

Among the biggest headwinds for solar is a tripling in prices for steel, a key component in racks that hold solar panels, and polysilicon, the raw material used in panels.

Research firm IHS Markit warned last week that its global solar installation forecast for the year could slide to 156 gigawatts from a current projection of 181 GW if price pressures do not ease.

Wall Street has also punished the sector in recent weeks, sending the MAC Global Solar index (.SUNIDX) down 24% this year after it tripled in 2020.

Project developers in the United States, the No. 2 solar market behind China, told Reuters they are struggling to price projects for 2022 given the lack of clarity on how long price spikes will last.

Solar engineering, procurement and construction firm Swinerton Renewable Energy said some of its customers have also put “soft holds” on projects slated to start later this year while they wait to see if prices trend down. 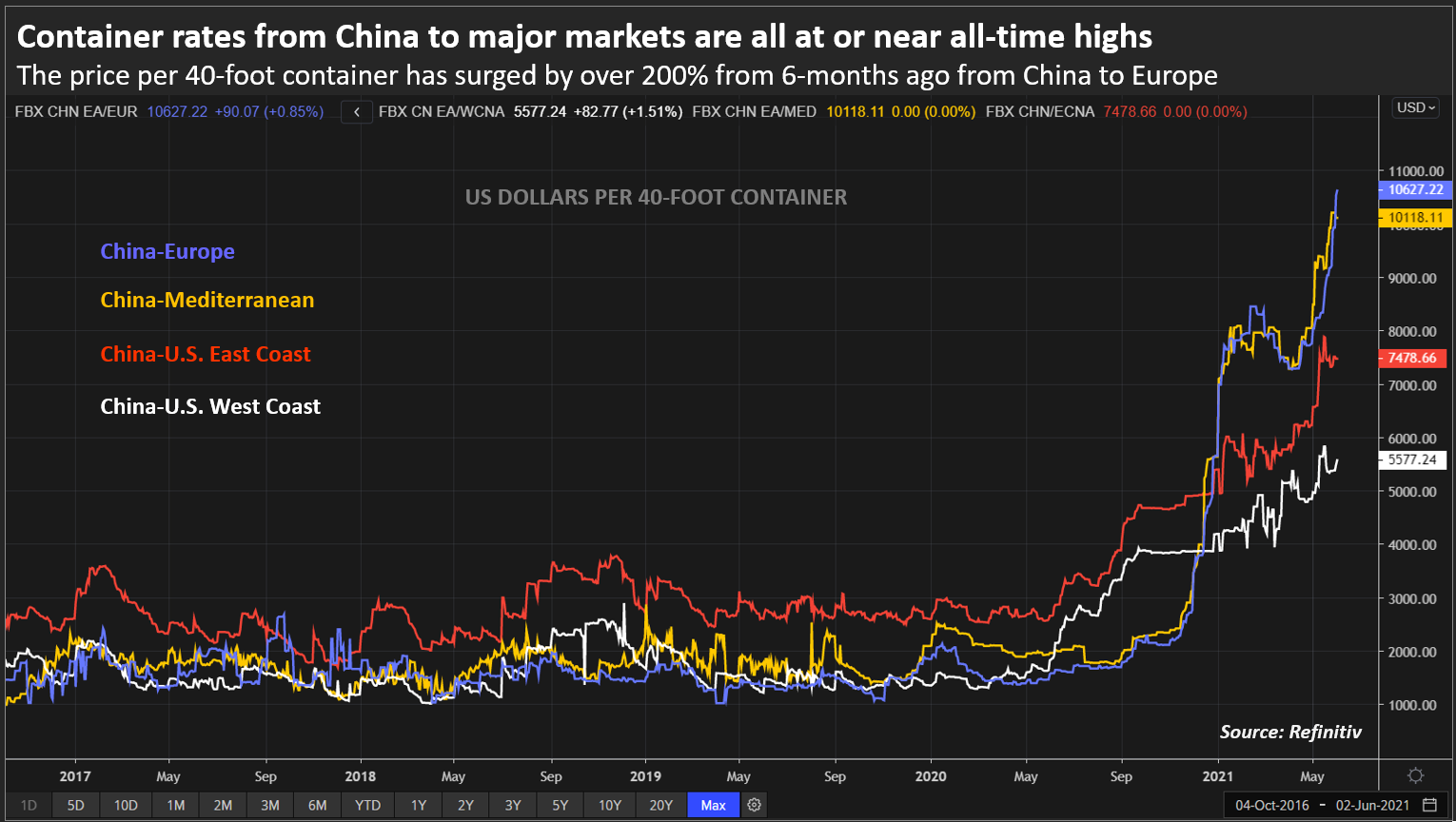 “We’ve just become accustomed to such a low cost energy source,” said George Hershman, Swinerton’s president. “Like anything it’s hard to accept that you’re going to start to pay more.”

Contract prices for solar were already up 15% in the United States in the first quarter compared with last year due to higher interconnection and permitting costs, according to a quarterly index by LevelTen Energy.

And a U.S. maker of solar mounting systems, Array Technologies Inc (ARRY.O), withdrew its forecast for the year last month due to steel and freight costs.

In Europe, some projects that do not have strict timelines for when they need to begin delivering power are being delayed, according to executives and analysts.

“The situation has not resolved itself because prices have stayed high, so those who have capacity to wait are still waiting,” said Jose Nunez, chief financial officer of Spanish solar tracker maker Soltec Power Holdings SA (SOLPW.MC). Nunez said Soltec was seeing project delays in all of the markets it serves.

Supply constraints could put upward pressure on relatively stable European solar prices later this year as companies seek to preserve profit margins that are already razor thin, according to LevelTen.

According to three solar panel makers in China polled by Reuters, prices for panels are up 20-40% in the past year, following the surge in costs for polysilicon, the raw material for solar cells and panels.

“We have to manufacture the product, but on the other hand, if the price is too high, the project developers want to wait,” Jack Xiao, marketing director at BeyondSun Holdings, a panel maker that exports 60% of its products, said.