The delays come as it’s estimated Americans will spend a record number on Halloween this year.

CHARLOTTE, N.C. — The National Retail Federation expects shoppers will spend a record $10 billion on Halloween this year, but a nationwide truck driver shortage and backups at shipping ports made some costumes and decorations slow to reach stores.

Jessica Johnson and Robert Zontek spent three weeks searching for Halloween costumes. They finally found what they wanted at Morris after seeing shortages at retail locations and online stores.

“Makeup, spandex, angel wings, anything that you’re looking specifically for your costume they just didn’t have,” said Johnson.

“We have gone on for Amazon for two weeks, three weeks, and everything is backordered towards November,” added Zontek.

James said Morris Costumes and Tuxedos were able to work around supply chain problems — it has its own distribution center in Charlotte, which means it can stockpile costumes. 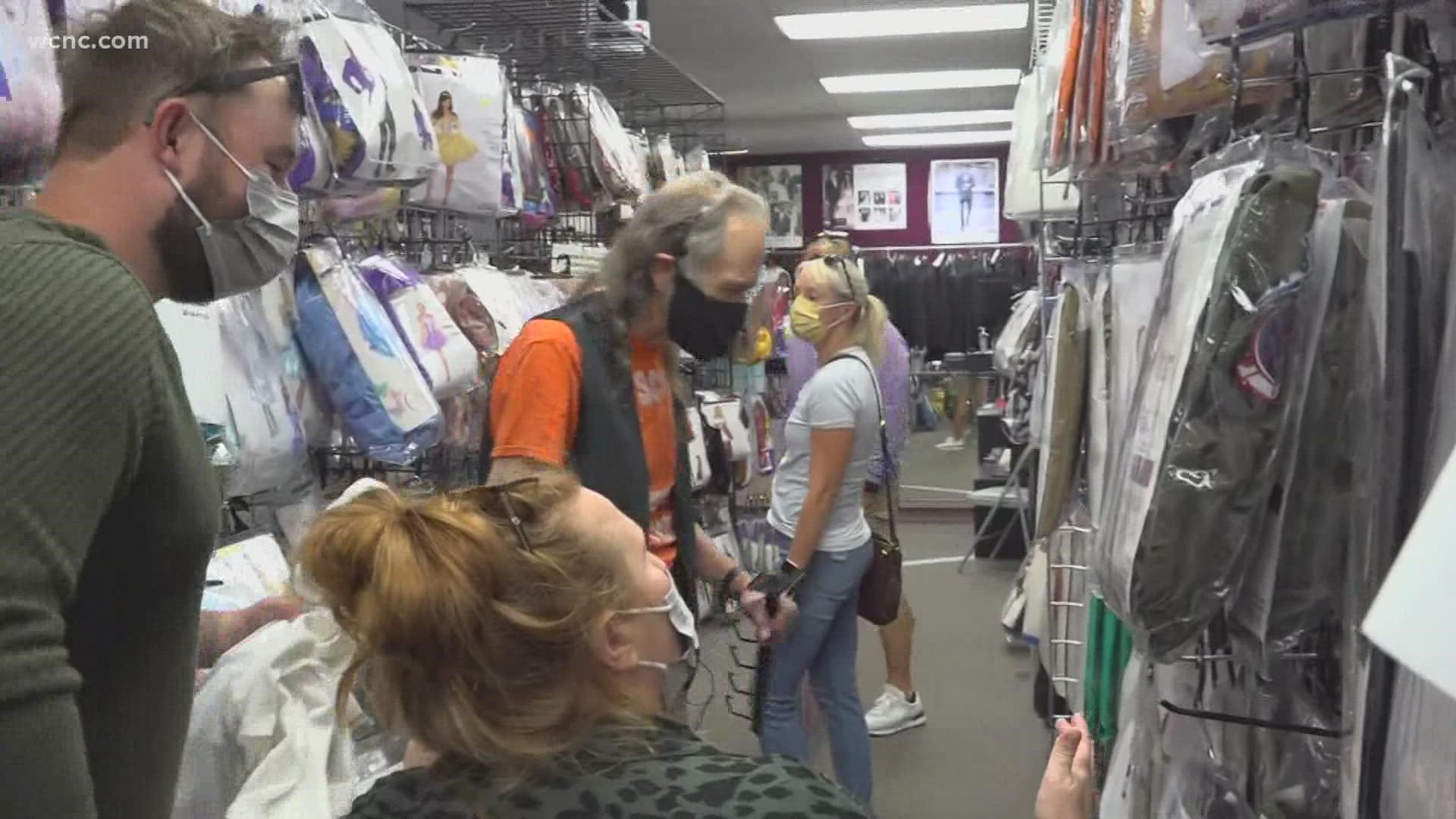 “We have massive back stock from years past,” said James, “There were some new products we were hoping to get that we didn’t because they’re somewhere between here and the great beyond.”

This has led to empty shelves at different stores across the country, pushing people to get creative.

“If they just keep an open mind, we very seldom have to turn people away,” said James.

But he suggests people don’t wait until the last day to shop.

You can stream WCNC Charlotte on Roku and Amazon Fire TV, just download the free app.